India vs West Indies, 3rd ODI Highlights: India beat West Indies by 119 runs via DLS method in a rain-hit third ODI to complete a 3-0 whitewash against West Indies. Opting to bat, India posted 225 for three in 36 overs with opener Shubman Gill scoring an unbeaten run-a-ball 98 and skipper Shikhar Dhawan hitting a 74-ball 58. Chasing a revised target of 257 in 35 overs, the Windies folded for 137 in 26 overs.
Brief Scores:
India: 225/3 in 36 overs (Shubman Gill 98; Hayden Walsh 2/57)
West Indies: 137 allout in 26 overs (Brandon King 42, Nicholas Pooran 42; Yuzvendra Chahal 4/17)
Follow WI vs IND 3rd ODI highlights update below
Chahal snares Jayden Seales and Windies are all out for 137 ! This is India’s 12th consecutive ODI series win against the West Indies. Chahal finishes off with a four-wicket haul. Sheer dominance from the young guns of India after two nail-biters. A Windies whitewash under Shikhar Dhawan’s captaincy in ODI’s.
Keemo Paul goes for a duck trying to reverse sweep. The hosts are down. Just a matter of time now…
Nicholas Pooran is out for 42(32) and Prasidh Krishna picks up the wicket. Pooran tried to heave the ball but Dhawan takes a good catch and does the thigh-five. Game over now!  West Indies need 137 runs in 81 balls
Inside edge and on to the stumps as Keacy Carty departs for five. Holder joins Pooran, a win seems very far away. Score after 20 overs, WI: 114/5
Bowled!! Axar Patel gets one and it goes straight through. Brandon King falls for 42(37). He was looking dangerous. Score after 14 overs, WI: 74/4
BOWLED! @akshar2026‘s arm ball slips through bat and pad, sending #BradonKing back to the dugout.

Watch all the action from the India tour of West Indies LIVE, only on #FanCode 👉 https://t.co/RCdQk12YsM@BCCI @windiescricket #WIvIND #INDvsWIonFanCode #INDvsWI pic.twitter.com/9dAYPlw6Ld
4 4 4 1 4 0 |
Four boundaries in the over! The Windies pull off some mighty shots to put runs on the board.

Watch all the action from the India tour of West Indies LIVE, only on #FanCode 👉 https://t.co/RCdQk12YsM@BCCI @windiescricket
#WIvIND #INDvsWIonFanCode #INDvsWI pic.twitter.com/OTsUakXGEr
Yuzvendra Chahal strikes for India as West Indies lose Shai Hope for 22. Pressure to score quickly gets to Hope and he is stumped! Score after 10 overs, WI: 48/3
Shai Hope and Brandon King take aggressive route after West Indies lose 2 early wickets
Two quick wickets for Siraj! He sends both Kyle Mayers & Shamarh Brooks back to the pavilion for ducks. Shocking for the Windies. WI: 0/2
West Indies need 257 runs in 35 overs as per DLS method to win the third ODI.
Shubman Gill playing on 98 and rain stops play again with 4 overs to go in the India innings. Unlucky Shubman Gill. Will he be able to complete his 1st ODI century? If India’s innings is finished, WI’s target for 36 overs will be 263. For every four minutes lost to rain, we lose one over.

WICKET! Hayden Walsh Jr removes Suryakumar Yadav for 8. Yadav looks to go big against Walsh and gets caught at backward point. Score after 34 overs, IND: 212/3
Shreyas Iyer drags one to the leg-side and he’s out caught. Iyer misses out on an opportunity to score his third successive fifty of this series, he is caught at long-on. Score after 33 overs, IND: 203/2
77 off the 7 overs post the rain break! India nearing the 200-run mark ! 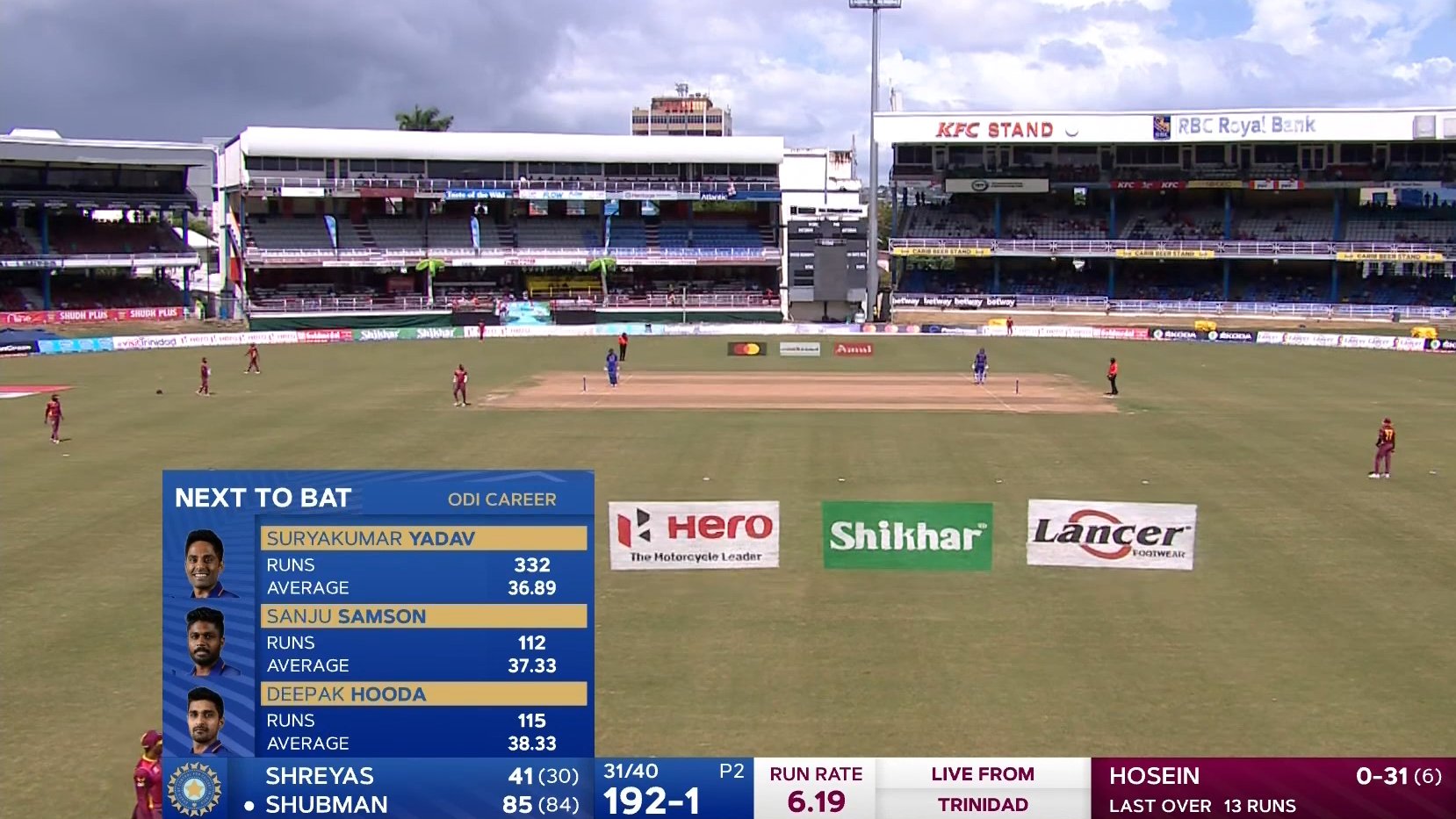 Shubman Gill has reaches his fifty as runs continue to flow thick and fast. Shubman Gill in his first 60 balls this innings, scored at a strike rate of 83.3, and had attacked 40 percent of balls.  Whereas, in his last 16 deliveries, he has scored at 141.2 with an attack percentage of 76.5 percent.
Play resumes and we’ll have a 40-over contest now!  Iyer and Gill smash 31 runs in two overs since the restart.
The covers seemed to have been coming off but the sheet over the pitch is still there. The umpires are in the middle having a chat and the update we are getting on the air is a loss of 14 overs due to the delay.
Rain has gotten heavier in Port of Spain, so we can expect some delay in the resumption of the game. 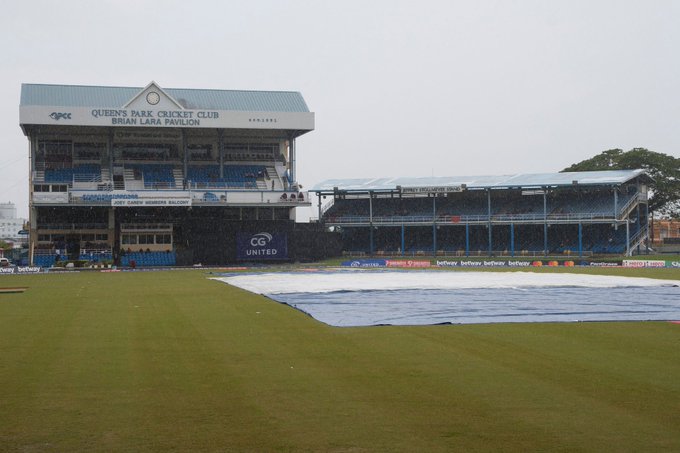 IND vs WI Playing XI 3rd ODI: India’s Arshdeep Singh. (Twitter/BCCI)
India made a world record on Sunday by sealing their 12th consecutive series win in the ODI format against the West Indies — the most against a team. In this backdrop, head coach Rahul Dravid might be tempted to try out some of his reserve players but he will have to maintain a fine balance between keeping the momentum and testing his bench strength.
It is unlikely that Ruturaj Gaikwad would be preferred over Shubman Gill, who after two innings of 64 and 43 would not like to sit out. Arshdeep Singh might get a chance in place of Avesh Khan who was a bit expensive in the second ODI. On Wednesday, the likes of Suryakumar Yadav, and Deepak Hooda would like to deliver.