Google’s annual developer conference has now concluded its opening keynote, but the conference continues till May 12. The keynote brought a number of software and hardware announcements this year including a sneak peak at future announcements as well.
This includes the Google Pixel 6A, a $449 smartphone that brings the Tensor powered Pixel 6-series experience to a more affordable segment. We also witnessed the launch of the Pixel Buds Pro, a pair of $199 premium earbuds that bring Active Noise Cancellation and a long battery life of up to 11 hours.
We also saw a sneak peak at the Pixel 7-series, the Pixel tablet and the Pixel Watch, all of which will be launching this fall. Meanwhile, Android 13 saw few changes to user safety and privacy, while improving Material You to make the operating system even more customisable. Check out a recap of the opening keynote below.
The Google I/O 2022 opening keynote has come to an end. Check out all the annoucnements from the company below.
Google also revealed the first look at new hardware products that it will be launching this fall. This includes the new Pixel 7 and Pixel 7 Pro, which now get a new camera design at the back. The phones will also come with Android 13 out of the box. The company also showed us our first look at the Google Pixel Tablet, an iPad competitor that brings the Pixel experience to the large screen. Meanwhile the Pixel Watch will feature a round, bezel-less dial and come with WearOS. 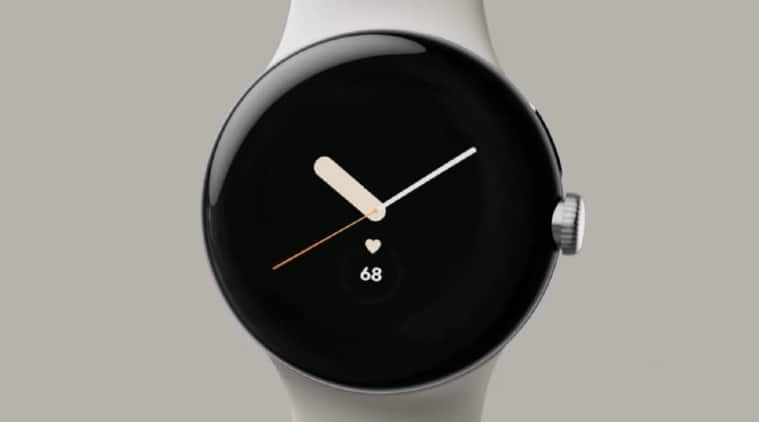 Google announced the Pixel Buds Pro which offer active noise cancelling powered by a new custom audio processor. The earbuds will also come with a transparency mode for when users want to hear what’s going on outside.

The Pixel Buds Pro will offer 11 hours of battery life or 7 hours with ANC turned on.Integration with Google Assistant will also be a highlight of the new earbuds. The earbuds will also get a Spatial Audio via an update later this year. Google’s Find My Device app will also be able to locate your Pixel Buds Pro when lost.
Google has announced the new Pixel 6A, a $449 smartphone that offers the Pixel 6-series two-tone look along with a compact 6.1-inch screen. There is also an aluminum frame and a 12.2MP main camera on the back along with a 12MP ultrawide camera. The phone is powered by the same Tensor 5G chip with the same security architecture as the Pixel 6 and Pixel 6 Pro.
The Pixel 6A comes with magic eraser, nightsight and other premium Pixel camera features. Magic Eraser in particular can now also make the colours of unwanted objects blend more with the surroundings. The I/O 2022 developer conference kicks off in a few minutes. Time to grab some snacks, sit back and get ready for the event.
Google will kick off the latest edition of the I/O developer conference in one hour. Watch this space for live updates from 10:30pm IST.
Android 13 is expected to launch today at the Google I/O 2022. However, if you want a taste of Android 13, the beta of the latest Android version is now going live for a number of smartphones. One of them is teh Realme GT 2 Pro.
Realme CEO Madhav Sheth recently announced via a tweet that the phone is eligible for the same. Check it out below.
At realme, we’ve always prioritized latest in tech for users. Following this thought, we’re bringing an opportunity to beta test the latest Android 13, with our Developer Preview Program for #realmeGT2Pro users.

There is a strong rumour that Google will launch the Pixel Watch at the annual I/O 2022. The smartwatch will run Google’s Wear OS 3 and will include features like a heart rate monitor, step counting, and the ability to pair with your favourite Fitbit devices. The Pixel Watch is seen as legit competitor to the Apple Watch Series 7.
Google I/O 2022 will be held from May 11 to May 12 this year. Other developer conferences by tech giants Microsoft and Apple will also take place soon after.